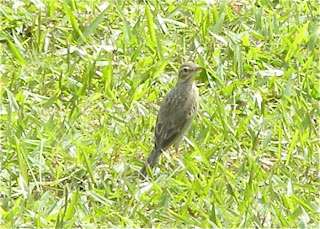 Tiny Singapore has several reservoirs, of which the largest, MacRitche, is perhaps the most well known. Peirce Reservoir is less visited being tucked away further away from the city centre. It used to be quite small but now with the creation of the Upper Peirce Reservoir, the original is now renamed Lower Peirce Reservoir. Each reservoir has its own park, and accessible from the winding, monkey-populated Old Upper Thomson Road.

This morning, visiting the Upper Peirce for the very first time was a thrill. I have always thought I have been to every square inch of our island state. Here was a quiet. leafy park that would calm any busy heart and mind.

As usual, I could never wake up early enough, so at 10 a.m. I was prepared to be disappointed as far as birding was concerned. But surprise, surprise, I spotted some movements in the lawn below where I was walking. Peering at name through my binoculars, I knew at once that this bird would be a lifer for me - Paddyfield Pipit. 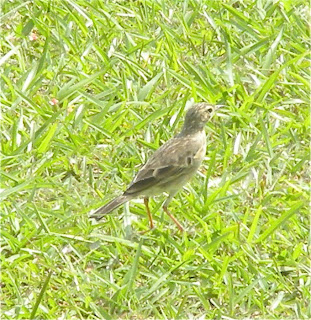 Swift shadows on the field make me look up, and wow, there were a pair of raptors circling the air at a fairly low height. I managed to capture one of them in flight. If this is the White-bellied Sea Eagle. Rather far away from the sea, if you ask me.

And I believe this may be its nest. 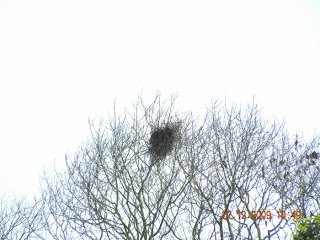 Going down to the water's edge, hoping to spy some Kingfishers, I chanced upon some feeding Bee-eaters, which perched on the branches of a dead tree. These two must be friends. They are very likely to be the Blue-tailed Bee-eater. 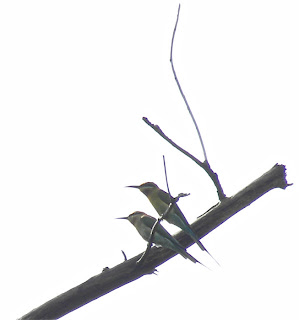 And this bird, standing at a lower branch of the same tree may be a juvenile with its short tail. 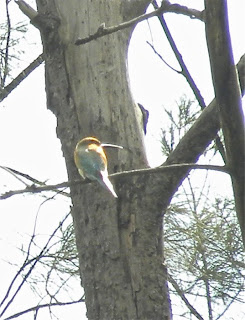 In the afternoon, I drove a few kilometers to Lower Peirce, but other than a six Hill Mynahs and one Koel, whose calls echoed around the quiet park, there was not much bird life around. I did notice a few Scalet-backed Flower Peckers and a pair of Bee-eaters that flew overhead. Not wanting to waste the rest of my afternoon there, I headed for the carpark and then there was this large male Common Flamebacked Woodpecker having a feast in a tree. 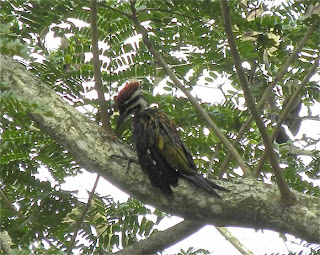 it must be a good day for you, enjoy your birding.

It was a very hot day which left me dehydrated and rather tired. But a day well spent.