Truly a bird sanctuary in its own right 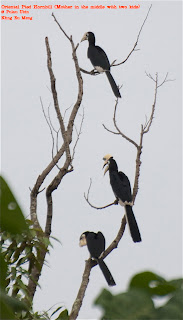 Pulau Ubin is now famous for its population of the Oriental Pied Hornbill (Anthracoceros albirostris), which went extinct a long time ago in Singapore. Through a concerted breeding programme, this bird is now thriving not only in Pulau Ubin, but also in parts of Singapore, including Sungei Buloh Wetlands, Singapore Botanical Gardens and even on the Nanyang Technological grounds.

A short 12-minute bum boat ride from Changi Point is all it takes to go to Ubin*. But at Changi Point, you are preempted by the large flocks of parakeets calling loudly in the trees.

Over at the Ubun landing point, kingfishers and the red-eyed Asian Glossy Starling can be seen in the trees. And if you are lucky, you can see the hornbills fly past, too.

In Ubin, you can either walk, which is the best way to spot birds, rent a bicycle or take a van to various destinations. During the weekday, there are relatively fewer visitors and vehicular traffic. The roads, though small, are in quite good condition. The resident human populations is also quite small, so vegetation is lush and birdsong is heard all round at any time of the day.

During a recent morning's visit, I saw some of these birds, which I managed to capture on camera.

You can't mistake the loud calls of the Oriental Pied Hornbill (below), they are quite noisy but their calls are such a delight to hear. By the way, the hornbill taking off, is the Daddy, not Mommy. 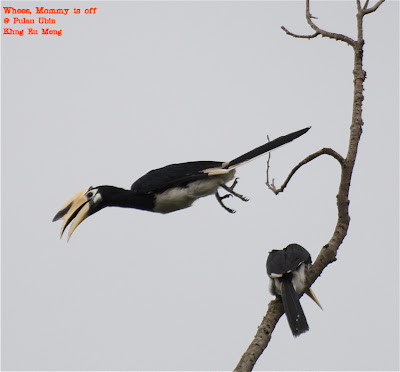 Ambling through the little roads, which have trees and shrubs on both sides, I saw doves eating by the roadside, sunbirds using their thin curved beaks to extract nectar from the flowers of the trees, bulbuls and pink-naped pigeons sitting quietly on the branches and hear the tok-tok sound made by the woodpeckers.

By the shores of the quarry are herons and egrets, kingfishers and swallows.

On one cable, I spied a female Ashy Tailorbird pursued by two amorous males. Tiny in size but their trills are loud, giving the impression that they came from much larger birds.

Here's a pictorial display of these birds. 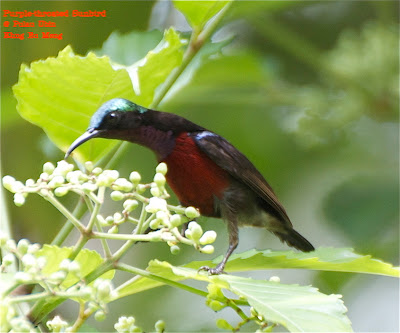 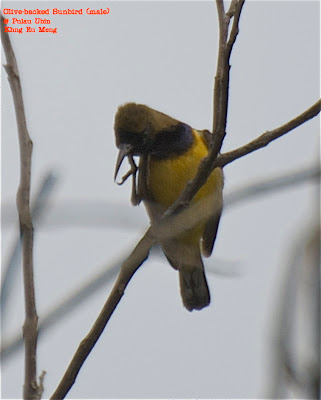 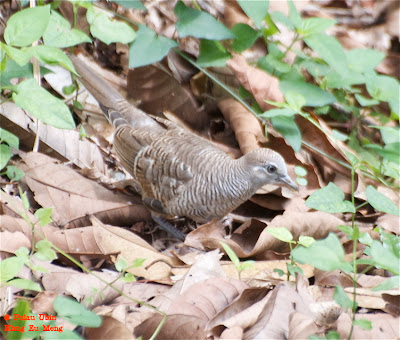 5. Stork-billed Kingfisher (Halcyon capensis), male, with fish-in-mouth. It held the fish in its beak for a long time, probably using it to attract a female. 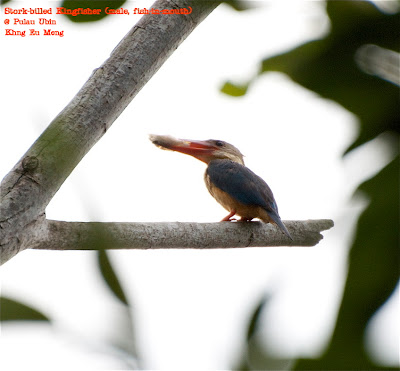 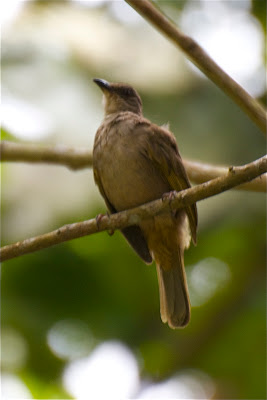 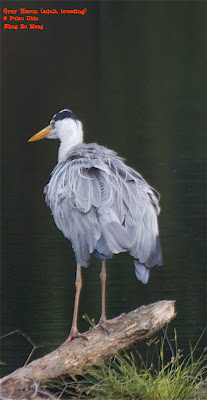 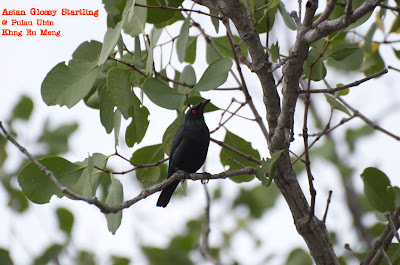 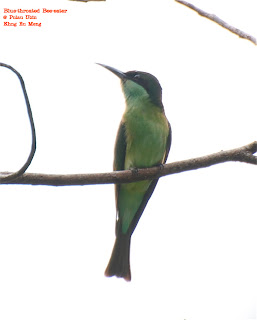 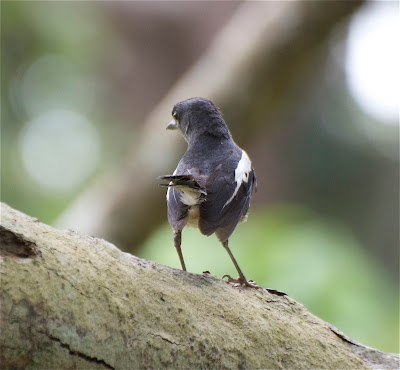 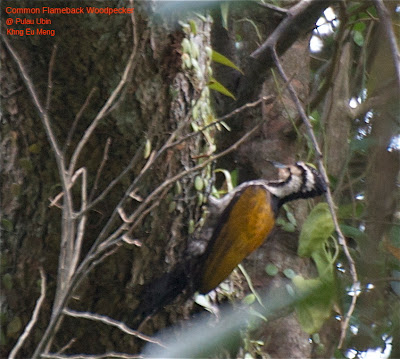 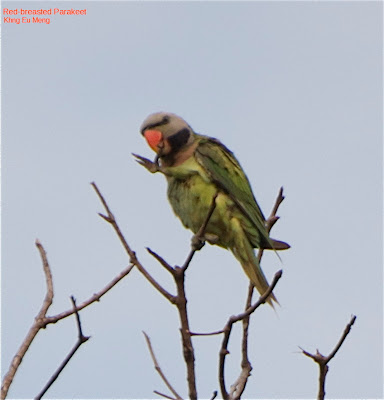 Note
* Mosquito repellant application is a must and watch out for the ants, some do bite.
* Food and drinks are available at the shops by the jetty.
* Toilets are found only at the main attractions, such as Chek Jawa and the NParks Visitors' Centre. But there are plenty of bushes around.
* Boat fare per person per way is S$2.50, or $30 if you charter the whole boat.

That one on no. 9 - blue throated bee eater. I think I always see a pair in my garden, but I'm not sure. Are they literally blue at the throat? Do you have a clearer picture?

If they look like the birds I posted, and the throat is bluish then they are the same ones. They will be around till Sept for breeding then they fly off to Indonesia. Sorry, I don't have a better pic as I fumbled on the exposure setting in my excitement.