Boardwalks built into this mangrove forest bring visitors closer to the inhabitants of the mangrove community. Bird enthusiasts can also observe birds from the 3-storey high Bird Watching Tower located within the mangrove forest. (N Parks)

A late afternoon stroll by the Sungei Api Api within the park turned out to be rather pleasant as I caught a small bird wave. Bird calls were noisy and the birds were hopping all over the mangrove trees, while some other birds were chasing each other.

Here are a couple of birds which I managed to capture on camera. 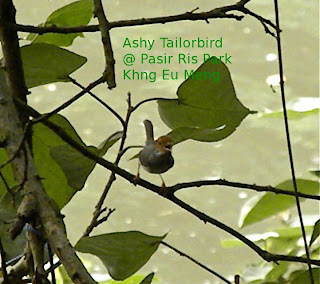 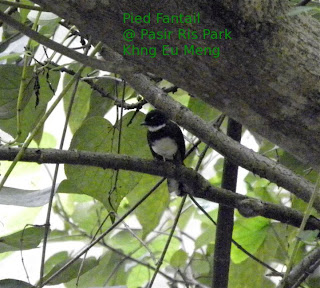 Nearer the beach, where the wind is strong, House Crows ride the winds. Here's one handsome crow taking a rest from its wind surfing: 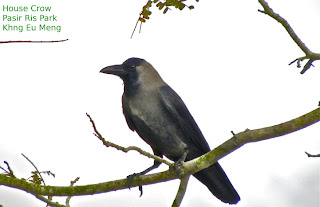